Explore the best of the Cornish Scenery, as seen in Poldark, here are a few of the Poldark locations filmed in Cornwall

Where was the series Poldark filmed? Though Corsham in Wiltshire was used as location for Truro High Street, and Chavenage House near Tetbury was used as Trenwith, many of the outdoor locations were actually set in Cornwall, highlighting some of the stunning scenery there is to be found in the County, not just on the coast but also on the Moor. Where does Poldark take place? Here you can read about some of the many film locations dotted around Cornwall, and which particular scenes were shot where. The so dramatic Botallack Mine, lashed by huge waves during a late winter storm, is shown above.

Porthgwarra - a delightful cove in the far west of the county, a short walk from the Minack Theatre, or to Gwennap Head for the keen amongst you. The Cove is reachable by car down a long and narrow lane. Porthgwarra is the setting for the night-time pilchard catch, and also for that memorable early morning swim of a bare chested Ross Poldark.

Church Cove, Gunwalloe setting for the series one shipwreck, where the vessel the Queen Charlotte was dashed against the rocks during a storm. Between Mullion and the Lizard, offering a wide expanse of sand at low water. Popular with families. Overlooked by the church of St Winwallow, nestling into the low hill backing onto the beach. All year dog ban. Head west along the coast path and you pass Dollar Cove. 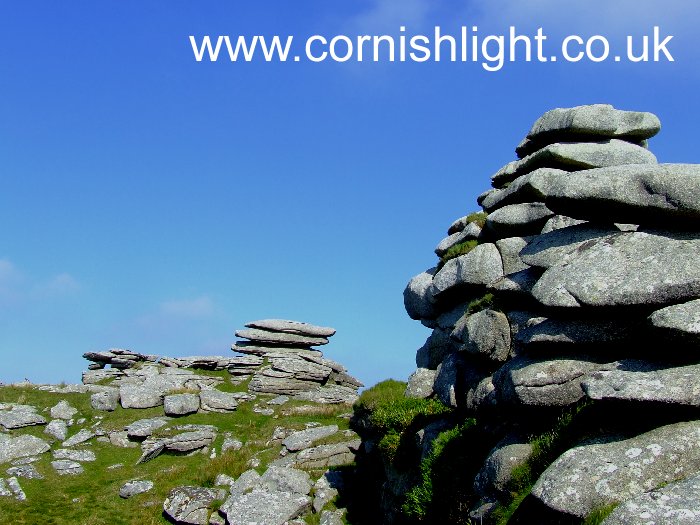 Bodmin Moor Many of the wide open moorland shots were filmed on location on the Moor. Climb to the top of Rough Tor for the sweeping vistas, where on a clear day one can see as far as the North Cornish Coast.

Botallack and Wheal Owles Used as the location for Ross Poldark's Wheal Leisure -though with a lot of set builders licence added. Look down on the so daringly situated Crowns Engine houses, part of the Botallack Mine. In winter storms waves do indeed lash against the cliffs, showering the mine ruins with spray, as witness the photograph at the top of this page. Walk down the gravelly track to fully appreciate the skill and toughness of the old miners. Pause and spare a thought for the 19 men and a boy killed in the 1893 Mining Disaster. On the morning of Tuesday January 10 1983 the miners accidentally broke through into old abandoned and flooded neighbouring workings, twenty of them loosing their lives engulfed in a huge torrent of water, unable to escape.

Wheal Coates The stretch of coastline around St Agnes Head is particularly unspoilt, dotted with the ruins of several centuries of mining. One of the most photographed, and well preserved, mine engine houses is that of Wheal Coates, perched high on the cliffs, above Chapel Porth Beach.

Stepper Point Used in the opening shots of the recent Series One. Marking the entrance to the Camel Estuary. Wide sweeping views, the haunt of sheep and ravens.

Charlestown This so photogenic working harbour has been used for numerous film and TV locations. Developed in the late 18th century for the export of copper ore, then latterly china clay. The ore shoots can still be seen high on the quay walls. Walk the granite cobblestones, look out over St Austell Bay. Visit the nearby Shipwreck & Heritage Centre. Often a Tall Ship moored in the harbour.

Levant Mine - setting for the Tressiders rolling mill. Cared for by the National Trust. A short walk along this dramatic coastline are the Crowns, actually a section of Botallack Mine, and nearby Wheal Owles, with Wheal Edward seen in the foreground of this photograph.

Porthcothan Used as the setting for Nampara Cove. At low tide a long expanse of sand, with low dunes. Lots of rock pools to explore. Given its relatively sheltered location popular for novices learning to surf. Reachable by car from the Newquay Padstow road 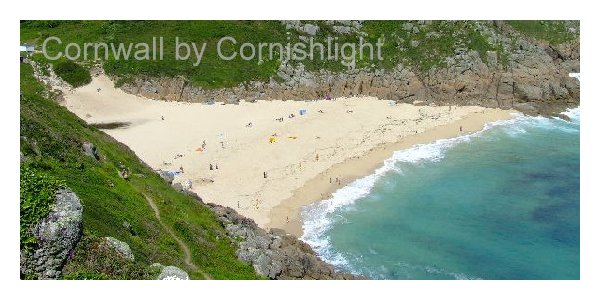 Porthcurno to be seen in series Two

Holywell Bay to be seen in series Two